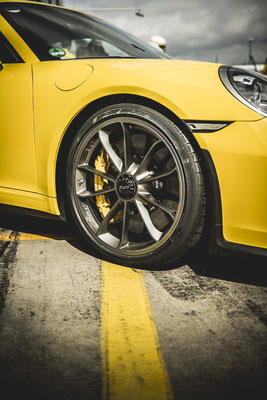 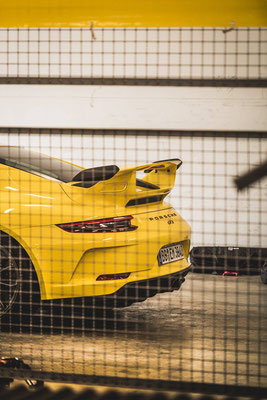 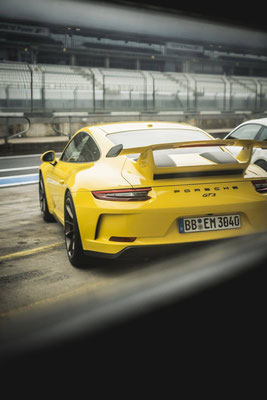 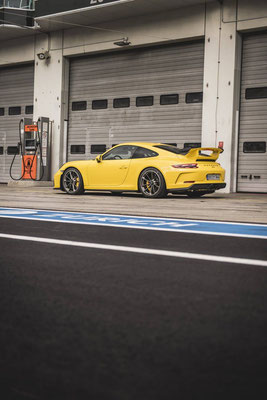 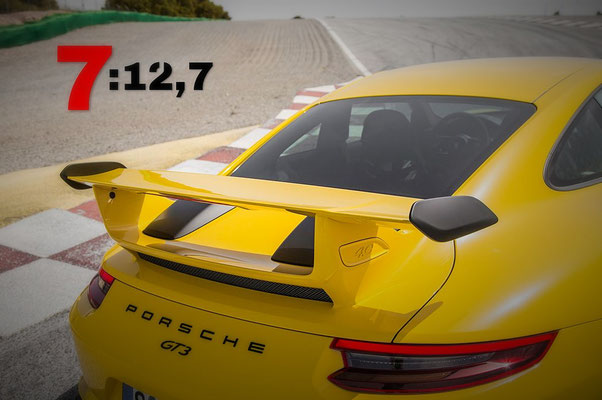 The IAA in Frankfurt has just began and Porsche comes with a little sensation for all fans of the limited edition 911 R! With the option 'Touring Package' you get a normal GT3 now, equipped with a manual transmission insted of PDK and without the big rear wing. It also has a 4.0 litre naturally aspirated flat-six engine, producing 500hp!

The new Version of the Cayenne is here! It offeres a new design with bigger air inlets on the front, new rearlights and a fully new designed interior similar to that one we already know from the new Panamera. Porsche has also improved the engines, that are more powerfull now but also more eficient!

Porsche presents the new Panamera Sport Turismo. In contrast to the sedan the Sport Turismo comes with a bigger trunk and a big tailgate. It also offers space for  three persons on a back bench contrasting the two single seats adjusted in the sedan Version!

Porsche presents the next Version of the 911 GT3. Porsche's ultimate track-tool is now run by a 4.0 litre flat-six producing 500 hp. But the best news: In contrast to it's predecessor, the 991.1 GT3 customers can choose now between a manual or PDK transmission with the 991.2 Version!

Porsche presents a new, more  usable  Version of the Panamera. It is called the 'Sport Turismo' and it is equipped with a bigger trunk and a big rear flap! Good news for all moms and dads who had to seperate from their beloved 911's but didn't want to drive a Cayenne. The 'Sport Turismo' can be a true alternative!

Porsche presents the all new Version of the Panamera in Berlin. The new luxury sedan, comes with a modified Infotainment system, featuring Apple carplay as well as various different assistance and safety systems. It has new turbo- charged engines to reduce fuel consumption. Nevertheless it is a lot quicker and it can do the Nürburgring 'Nordschleife' in under 8 minutes!

Porsche won the 24h race of LeMans for the 18th time! After a thrilling last lap the Porsche LMP1 No.2 overtook the Toyota wich suffered from an engine problem just 5 minutes before the race was over. It was a really hard fight and the guys from Toyota did a great job and made it a race for the history books!

Porsche presents the new 718 Cayman too. It is also powered by the same turbocharged flat-four as it is mounted in the 718 Boxster.

A change has been made according to the Porsche's price policy. The Boxster - as the 718 Cabriolet version - is now more expensive than its Coupe brother, the 718 Cayman.

Porsche presents the new 718 Boxster, which is now powered by a turbo charged flat-four engine.

Porsche also presents the 911 R - a limited model of the 991 family, that comes with the 4.0 litre engine of the GT3 RS and has 500 hp. In contrast to the RS it comes with manual transmission only!

We wish you all a Merry Christmas with the winners of our Photo Contest! - More at

You had the chance to send us your picture under the slogan "Porsche at Christmas!" until 13. December. Now an independent jury chose 10 Pictures for Voting! - You can vote Now for your winner now on Facebook!

Start of our Photo Contest  -

While building up an enormouse sculpture on a roundabout traffic, in front of the Porsche Museum in Zuffenhausen, the new 991 was exidently uncovered, as the lokal newspaper 'Stuttgarter Nachrichten' reported!

"The upcoming updated version of the 991 will be driven by a turbocharged engine.. " - admitted Walter Röhrl in an interview.


(06. Mai 2015)                        Porsche is supposed to plan the production of a fully electric driven car as competitor to Teslas 'Model S' . The more than 400hp strong car will be based on the 'Modular-Transverse-Toolkit' (MSB) of the Volkswagen AG and look a bit like a smaller version of the well known Panamera. It will be called the Porsche 718 and also be extended by another future variant powered by 'fuel-cell' , called the 818!

Nico Hülkenberg completed his LMP1 debut in WEC race in Spa-Francorchamps in sixth.
"Overall, I am satisfied," the German summarizes after his first WEC race.